This quite clever young adult novel is set in a mall during the 1990’s when hair was big, makeup was blue eyeshadow, cassettes the only way to listen to music and a jean jacket a must. It’s when the real Beverly Hills 90210 was a hit.

Cassie and her boyfriend Troy who have been together for years and have a life plan for themselves get ready to begin phase two of the so called plan (college). They will spend their last summer together working as planned at the mall at the America’s Best Cookie store.  Until Cassie gets mono and has to spend weeks in bed.  When she is fully recovered she thinks life will go back to “as planned” the way it should.  Until she finds out Troy has dumped her for another girl and she cannot work at the store any longer and now has no job and she can’t tell her parents. She suddenly feels her whole life becoming a series of downward spirals.

As she interviews at other establishments and judges the employees working there (most who went to school with her) as beneath her, she accidently walks into a clothes shop which she finds is owned by the mother of her bestfriend in fifth grade.  Although they have not seen each other since, she gets hired as the bookkeeper for the rest of the summer.

Her past bestfriend Drea who is her total opposite, dates whoever, wears whatever and really doesn’t care what other people think begins teaching her about other ways of seeing people and relaxing her rigid objectives.  And Drea begins to learn from Cassie’s positive attributes.

During her summer at the mall, Cassie meets quite the cast of characters and she and Drea find themselves obsessed with finding a “legend has it” treasure hidden somewhere in the mall. Cassie begins to learn some valuable lessons. Such as what is on the outside sometimes is not what is on the inside of a person.  And looks can be deceiving. Sometimes it’s those quirks that make a person special.

What Cassie learns from others during her last six weeks until going to college is invaluable.  True friendships will last forever and don’t judge others. Loyalty and honesty in friends really exists, real friends have each other’s backs even if they unintentionally hurt you and plans can be changed. When her stint at the mall is over, Cassie walks out very differently than when she first walked in.

The Mall is an inspiring story for young girls with strong female characters and an intriguing treasure hunt which keeps the reader fascinated until the end.

New York Times bestselling author Megan McCafferty returns to her roots with this YA coming of age story set in a New Jersey mall.

The year is 1991. Scrunchies, mixtapes and 90210 are, like, totally fresh. Cassie Worthy is psyched to spend the summer after graduation working at the Parkway Center Mall. In six weeks, she and her boyfriend head off to college in NYC to fulfill The Plan: higher education and happily ever after.

But you know what they say about the best laid plans…

Set entirely in a classic “monument to consumerism,” the novel follows Cassie as she finds friendship, love, and ultimately herself, in the most unexpected of places. Megan McCafferty, beloved New York Times bestselling author of the Jessica Darling series, takes readers on an epic trip back in time to The Mall.

Megan McCafferty writes fiction for tweens, teens and teens-at-heart of all ages. The author of several novels, she’s best known for Sloppy Firsts and several more books in the New York Times bestselling Jessica Darling series. Described in her first review as “Judy Blume meets Dorothy Parker” (Wall Street Journal), she’s been trying to live up to that high standard ever since. 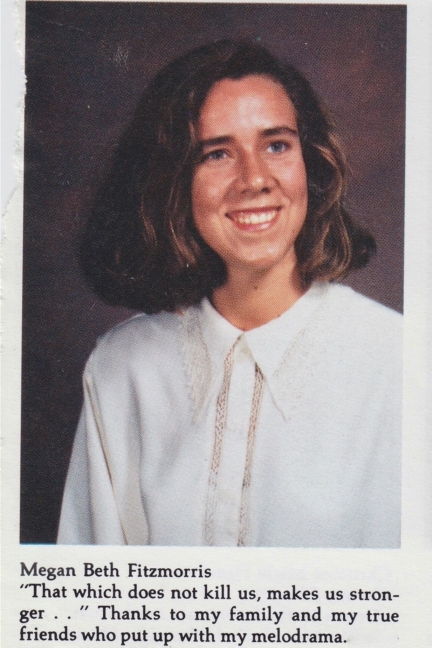 “The Mall was to 1991 teenagers what the iPhone is to today’s generation: EVERYTHING. This delightful novel about that particular time and place is loaded with fun, warmth, intelligence, big hair and an even bigger heart. I loved it.” — New York Times bestselling author Rachel Cohn

“Both a laugh-out-loud pean to those bygone cathedrals of the 1990s, and a zippy coming-of-age tale, THE MALL is a delightful read for any generation. So tease your hair, grab your hotdog on a stick and prepare to have a freaking blast!” — Gayle Forman, New York Times bestselling author of If I Stay and I Have Lost My Way

“What a pleasure it is to spend time in a McCafferty universe. Her writing is sharp, smart, sexy and oh-so-real. I’ll read her forever.” — Rebecca Serle, New York Times bestselling author of In Five Years

“Totally rad! This former 1990s mall teen loved The Mall, an ode to tall bangs, boys with good taste in music, and female friendship, set in the only place that mattered. What a joy to have a new book from Megan McCafferty, who knows exactly how to make us laugh, cry, and fall in love with her characters.” — Amy Spalding, author of The Summer of Jordi Perez and The New Guy

“A delightful, funny, sweet and affecting real life adventure with such a big heart, it’ll make you cry the happiest tears. The Mall is something special.” — Courtney Summers, New York Times bestselling author of Sadie

Thank you #NetGalley #WednesdayBooks #MeganMcCafferty #TheMall for the advanced copy.  The book will be out July 28. Buy the book now with the following link: